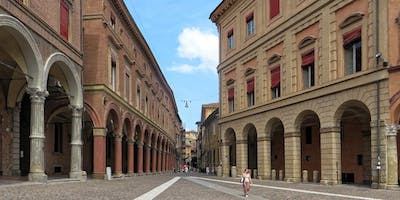 Meeting Point  Next to Garibaldi's statue in via dell'Indipendenza  where you will find us with the JMwalkingtour sign  Departure Time and Length of the Tour   at 10:00 AM and lasts 2 hours in average  Your arrival 15 minutes before it starts will allow the tour depart on schedule  JMwalkingtour is a project by JM no-profit Association, which works to render Bologna sustainable and accessible to all, believes in the values of humanity and in multicultural wealth, strives assiduously to facilitate the daily life of disabled people in the context of preserving the architectural patrimony of the city  For last-minute communications contac us also via WhatsApp   Scott  +39 340 418 0567     [email protected] Federica  +39 366 892 9531     [email protected]